Feed Me Vikings! is a strategy puzzle designed as a mix of survival and resource management where players have to build a kingdom in order to survive and defeat a gluttonous dragon.

The game is based on Saint George's tale and set in the vikings age, the game idea and every game resource except PixiJS were created from scratch in the last 48 hours of the MiniLD63 jam.

I love the concept of this game, plus the shadow puppet sequences give it a nice storytelling ambiance.

I would like to comment, however, that game progression and the cost/value balance for upgrades seem a bit off.  A simple winning strategy is to build about equal parts houses and windmills, plus enough extra houses to cover lost vikings (that won't already be recovered by empty houses), with the occasional bazaar thrown in.  It doesn't take long to accumulate 100 coins for an easy win.  Most upgrades, e.g., to longhouses, are much too expensive (and actually *worse,* given that they don't refill as reliably).  By the time it makes sense to start buying them, say because the map is full, you already have enough coins to win the game. 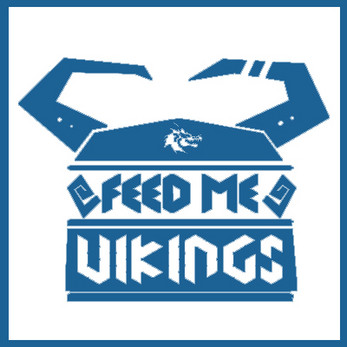